I’d like to reflect on the passing of a friend and musical icon, Rick Riley. I first met Rick on the Olympia waterfront at his ‘Virtuoso Studios’ about a decade and a half ago, …classic guitar in one hand and a piece by Bach in the other determined to learn from a local master. After ‘auditioning’ for him, he began teaching me, as he taught all of his students, …from the beginning. He taught his students more than just classic guitar performance: He taught music. His students learned to sight read and to write music, but they also learned how to perform as a professional would, in the practical sense of being a working musician. Rick embodied the term as he performed music by classical composers such as Villa Lobos, Bach, Sor, Vivaldi, or Mozart, yet also performed in Johnny Lewis’s jazz band. Eric Turnbow (E. T.’s Cosmic Karaoke owner) said of him… “I best remember Rick from playing in Variety bands with him in the early eighties. He used to perform and tutor our ‘Raging River Band’ back in 1983 on how to sing 4 part harmony, stage presence, music theory, and the business of music.” A musician all of his adult life, Rick took private lessons with notable instructors at the Peabody Conservatory of Music starting at the age of fifteen, including: Richard Phillips (Peobody graduate and student of Sophecles Papas and Andre’ Segovia), Michael Lawrence (Peabody graduate and student of Aaron Shearer) and Robert Luse (composer and classic guitarist.) In the time I knew him he continued to study his craft, having recently returned to Peabody to take a master class from Manuel Barrueco  (perhaps the best performer of Bach on the classic guitar in the world.) Rick also performed as a one man band on the synth and his singing repertoire’ included everything from the Beatles to ZZ Top. On occasion Rick would take a break from his world of music to go fly fishing, but normally he would be found in his studio helping others to someday reach his awesome status as a working musician. One can only expect he is now competing for ‘first chair’ guitarist in that band up in the sky.

Rick Riley was One of My Musical Mentors (By Eric Turnbow)

The passing of Rick Riley on January 18th, 2007 was a tragic day indeed for all Music Lovers. Rick left this world  just 2 days more to go before His 60th Birthday! The cancer finally got Him and it is Our loss indeed.

I first met Rick in 1983 where He was working as a Guitar teacher and Salesman at “Simmons Music Company” in Tumwater Washington. It did not take long before He invited me to join his Country Rock Variety named “Lynn and The Night Hawks”, which after I joined we renamed “The  Raging River” Band”.  We worked steady, and often. Many Animal clubs such as The Eagles, VFW, or Moose Lodges. We did “Buy Back” dates at “Lake Cushman Resort”, and “The Cottage Cafe” in Shelton during this time in the early Eighties.  Rick Mentored Me on “Live Performance” and we rehearsed constantly at His “Woodshed Studio” out on black Lake.  It was here that I learned Vocal Harmony, and worked hard on My Bass Guitar chops. 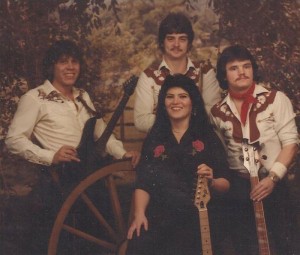 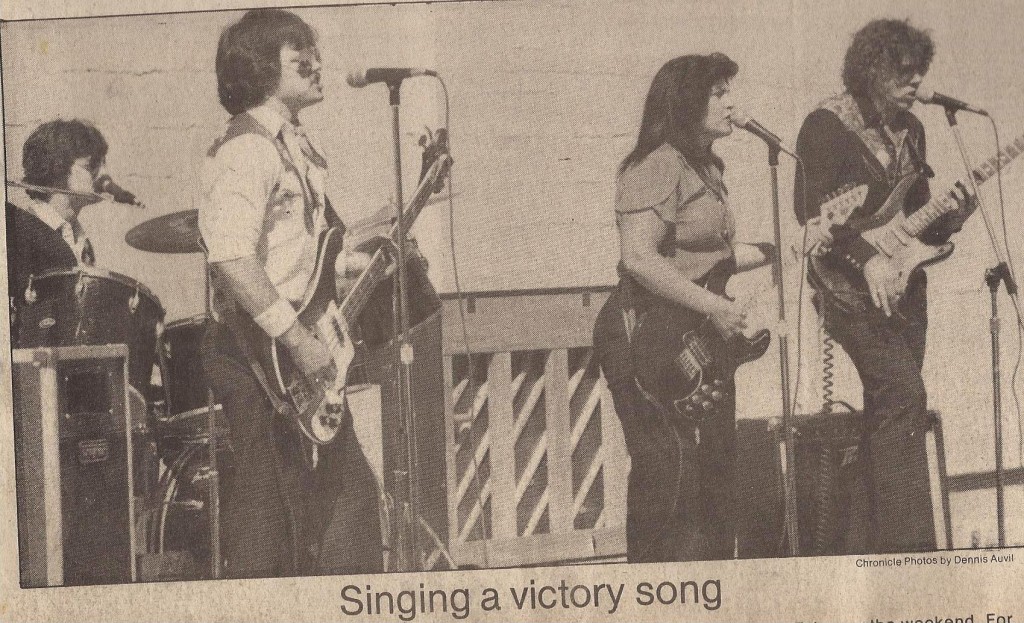 (We won First Place at This Music Contest in Centralia)

Rick was an accomplished classical Guitar player, as well a great Jazz Guitar player. In fact He worked in The Johnny Lewis Band as the Lead Guitarist and  Vocalist for many Many Years. It was always a pleasure of mine to go and listen to them play every year in Down town Olympia at Our Annual Lakefair Festival. This was an accomplished band, and Rick was a very important element in its success.

(Rick played Guitar for The Great Johnny Lewis for many years)

A few years after His His death I learned that Rick had  long lost Daughter named Jess Mena. She hardly ever got a chance to meet Her Dad, and had searched the internet for hours and hours looking for some sign of Him. Eventually she found Me on Facebook, and I had her over to the  house to reflect on the awesome talent or Her Father Rick. She played a mean guitar! Those genes really passed over to Her! I shot some videos of Her, and got to spend some quality time showing some videos of Her Dad, and giving Her a few pictures and keepsakes.It was great meeting and I enjoyed meeting Her very much. Here is some of our correspondence!

Jess Mena March 25
thanks Eric, I’m blown away as I am a singer songwriter myself and the reason I have been searching for rick Is because He is my biological father. MY Mom declined to have him present during my life and when I decided to look she finally agreed to help me. I grew up in Centralia Washington so close to him ll those years and moved to New York  in 2003. In New York  I picked up guitar and have always sang. Now my husband and I are both singer-song writers. Not a day goes by when I wish I had the chance to meet him. If you happen to know his family at all I would like to approach them. thanks for your information. ll the best, jess

Jess Mena March 25 at 4:12am Report
ps. here is some info on me I realize it sounds nutty the whole thing. i was born in 84 in Aberdeen Washington. My Mom met rick while he was playing in a band with My uncle “chuck Crothers” the band was called Lynn and the nighthawks, Rick saw me a few times when i was too young to remember i just have snippets. He told my Mom he wanted to make it work in 87 at which point my Mom declined to have him in our lives and asked him not to contact us. She said it was because he was a little to into party life and she didn’t want her two children ( my late older brother and I) to be around that kind of life. she saved few things of his for me, a note he wrote her, a news clipping of him with the band and a business card of his. she always told me if he had wanted to look he would have. I’m fine with it all, sad that I found him 3 years too late, proud of what he was . I do wonder where a lot of my music love came from. anyway, thanks again, I hope this hasn’t been too nutty for you, jess

Eric Turnbow March 25
No problem. I love a good Rick fan. We were very close! Lynn and The Night Hawks is the same band I joined, but we renamed it Raging River Band in 1984 or something. I am glad that you are keeping Ricks legacy alive!Eric

Eric Turnbow March 25 at 11:50pm
I assure you that you had a great Dad! Good for you. I am sorry that you never met him. He was a talented dude! No wonder you are a musician…..

So, in closing  Rick Riley was Musician, Teacher, Family Man, and Lover of Life! We will be dearly missed!

Ever wonder what Rick could be up to today? Well by My best guess, I would have to assume that He is in The Spiritual world above jamming in a Trio with Segovia and Bach!

I will remain His friend for life!  Friend for Life!

(This is a copy of Ricks “Master class Conservatory Certificate of Attendance  in Baltimore from 1998″.) 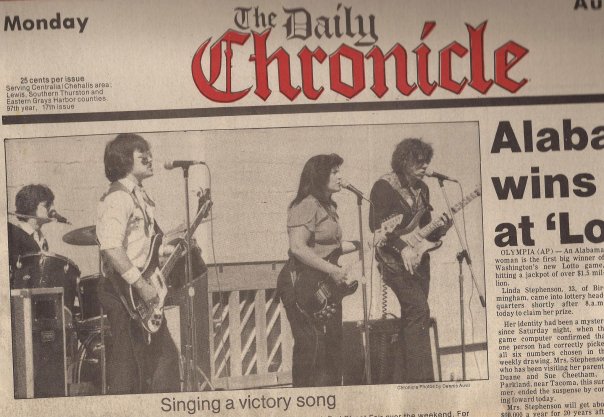 (Rick, and  Band is on The Front Page of The Local Centralia Paper!)

(Rick is Showing off those Pearly Whites!)