(The Actual Ticket from the actual show in Seattle!)
Stevie Nicks dazzled the audience with a fantastic Rock and Roll show covering all aspects of her brilliant career. The show took place at “The Key Arena”: Sunday August 12th, 2001, which is located next to the landmark large fountain we all know and love so well in The Emerald City. We know this area as “The Seattle Center”. 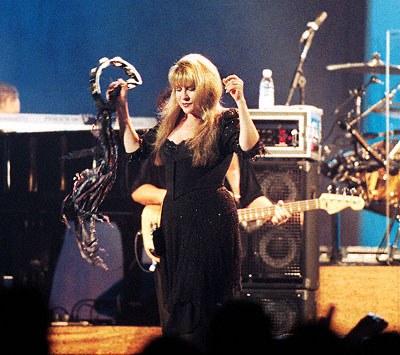 (Stevie is a real Godess!)

The opening act was uneventful,Bob Schneider Homins, and his band just filled time for the first 40 minutes of the evening. However, at precisely 9pm sharp Stevie took the stage for her “Trouble In Shangrila” tour, her first solo outing in some 3 years when she was out promoting her box set “Enchanted” which made its stop over at “The Gorge Amphitheatre” in George Washington, some 4 miles East of Seattle.

The band was led by Guitarist and musical director WADDY WATCHELL, who has made a living putting touring bands together for the likes of Linda Rondstadt, Harry Chapin, and Jon Bon Jovi among many others. They had worked together before, and documented a fantastic tour they did together in 1988 for HBO “Live At Red Rocks”, now available on DVD. He came through as the perfect pro for this project, as the band was tight and well rehearsed, like a well oiled machine for the fabulously sexy artist Stevie Nicks to perform her original classics to perfection with. 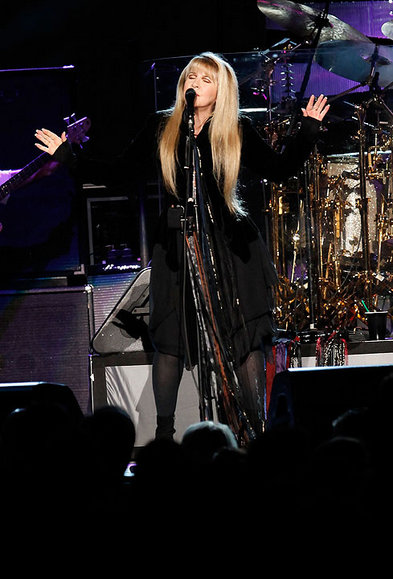 (That Stevie sure has some nice Legs!)

She opened with the duet she penned with Tom Petty and The Heart breakers in the 1980′s “Stop Draggin’ My Heart Around”. With no Heart beaker handy to sing Tom’s part, WADDY came through just fine, and they were off on a nostalgic musical journey covering classic songs from that other famous band she played with (Fleetwood Mac), as well as her own solo hits, and new tunes from her most recent album “Trouble In Shangrila” in which the tour was named for. Her mike stand was covered in black lace, which she sensually would flick and wave about from time to time as she belted out her FM staples to perfection! She was awesome and gets HIGH MARKS from this reviewer, (Who, ten years her junior like to father a love child with her). Waiting for a call from Phoenix Stevie!

Stevie Nicks has an unusual, yet provocative voice style that can not ever be duplicated, or mistaken! Her song writing has matured, and she is not afraid to collaborate with other established writers such as Don Henly, Tom Petty, and Mike Campbell)! Known for having intense stage fright, on this enchanting evening in Seattle, you never would know it. She had the poise, presence and beauty to carry on as the natural born Rock Royalty we all know and love. LONG LIVE STEVIE! 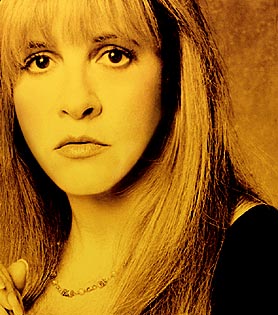 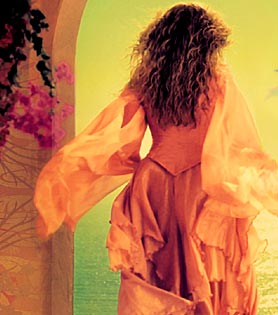 BOTTOM LINE! GO AND SEE THIS MAGIC PERFORMER IF YOU GET THE CHANCE! SHE ALWAYS SURROUNDS HERSELF WITH QUALITY MUSICIANS, AND TENDS TO FEEL AND PERFORM HER MUSIC FROM A GUT LEVEL, WHICH ENABLES US TO CAPTURE, AND HANG ON TO A BIT OF HER SOUL!
Be cool, Keep on singing! 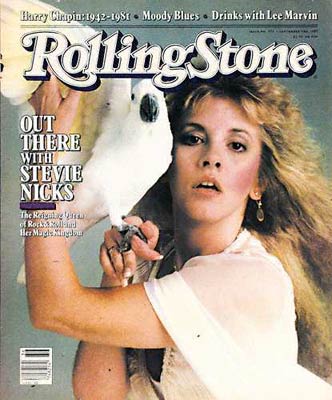 (Computer art Made By Eric Turnbow, as a tribute To Miss Nicks!) sigh!