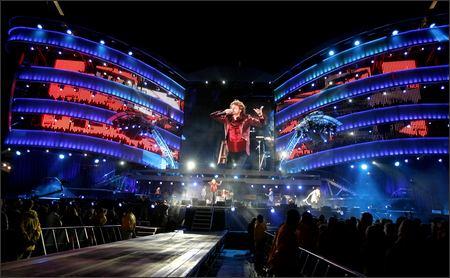 I  will say on a personal note. My $118 tickets on the 316 level of Quest Field were useless! I was only 11 rows from the top of the building and we had a showing of over 30,000 people. So Dave Mathews was a total echo of crappy sound. The worst. I was so pissed. I could not even make out the songs from the rumble of noise emanating below! He played and hour and 15 minutes and when he spoke to the crowd I could not understand a word. I sat there disappointed as hell to say the least. So NEVER buy crappy 300 level tickets at Quest. 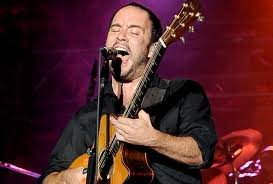 For the Stones I said “To hell with this!” and walked all the way down to the floor and found an empty seat behind the sound booth straight in front of the band but at the back. I was actually only about 25 feet from the second stage. From here the sound was fantastic! Really good. In comparison with the last years concert, this was FAR SUPERIOR! They had more energy and it was way more high tech. The lights were better the screens were sharper, and all the folks behind them in the special on stage section were there. The fire flashes, bombs, and confetti worked well outside. They did not play a repeat of last years show either. The songs were in different order and a few new surprises added, which I found refreshing. It was very cold though. I stood for the second half of the show and moved as much as a I could to warm up a little. The sacrifice of being chilly, far outweighed the masterful music, and it did not rain a drop! 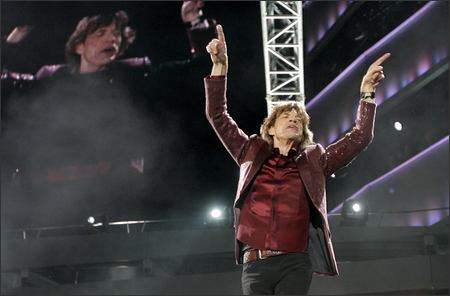 (Mick is strutting it in Seattle He really “Moves Like Jagger”!)

I can now see why they changed venues. So…. yes, it was a thumbs up for me, but I warn people to AVOID that dark 300 level of echo and poor sound. If I got sent back up there by an alert usher it would have sucked big time. However, I got away with it by acting like I owned the joint and never even talking to any ushers! I would have moved if a ticket holder asked me to! That never happened. So success! Oh yeah, we were running late and had to park in the official “Quest field” garage. It cost $25, but was an easy access to the show via the elevator to the second floor. We split the cost. After the show we had to wait it out on the 5th floor for a good half hour to 45 minutes before escaping to the free-way. No big deal. We had about 3 “Rolling Stones” cd’s to keep us company!

It was a great show and I had a lot of fun! I would love to do it again! And soon! 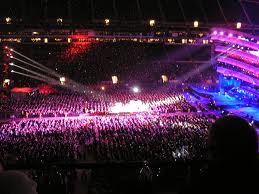 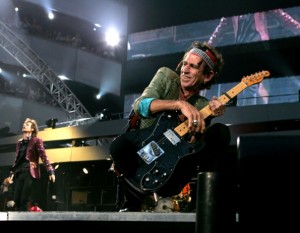 Sympathy For The Devil
Paint It Black
Brown Sugar 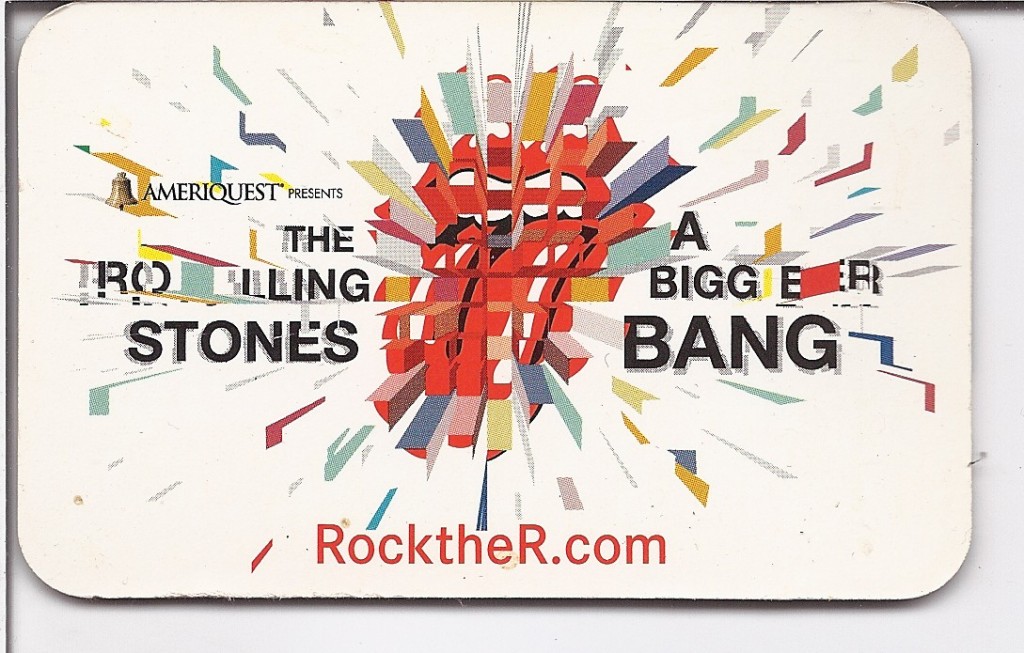 Encore
You Can’t Always Get What You Want
Satisfaction 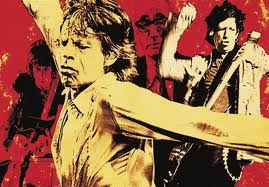 It had been nearly 10 years since the Rolling Stones last played a stadium-sized Seattle show, making Tuesday night’s concert at Qwest Field a mega-watt event for fans of the British rock super group.

Though the Stones played Key Arena last October, the Qwest Field event was reminiscent of the enormous stadium shows the group played at the King-dome in the 1980s and ’90s.

An outdoor concert in October is likely to be wet and windy, but the marathon performance featuring the Stones and the Dave Matthews Band was mercifully rain-free. In fact, it was a beautiful fall evening.

True to its name, the “Bigger Bang” tour opened its latest date with a volley of fireworks and an explosive video that depicted everything from cars to bananas flying through the air.

Though the same tour played Key Arena less than a year ago, the Stones managed to fill about two-thirds of the stadium with concert goers of all ages. On the main field, many of the tickets sold for $350 each. For a group of teens sitting in row 17, it was a $2,100 experience, not counting the service charges added to each ticket.

The Stones opened with “Jumpin’ Jack Flash,” kicking off a two-hour-plus extravaganza that featured more than a dozen classics and a handful of newer songs from the 2005 “A Bigger Bang” album. 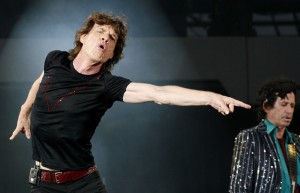 The 63-year-old Mick Jagger, wearing a maroon shirt, sparkly maroon jacket and black slacks, whirled about the huge stage. Without looking too closely at the lines in his face, it was easy to imagine him as a 20 something rocker with limitless energy. With Jagger at the helm, the Stones could still be playing high-energy shows a decade from now.

The first half hour of the show included such songs as “It’s Only Rock ‘n’ Roll,” “Let’s Spend the Night Together,” “She Was Hot” and “Let It Bleed,” featuring Jagger on acoustic guitar, Ronnie Wood on bottleneck guitar and Dave Matthews in a surprise vocal duet with Jagger. 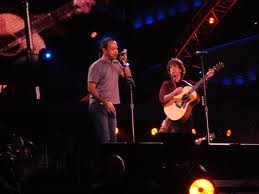 As always, guitarist Keith Richards (sans his trademark scarf) was impressive to watch, playing his guitar parts with dazzling skill. Filling out the core group was super-talented drummer Charlie Watts.

The show continued with “Streets of Love,” a spotlight song for Jagger, and “Midnight Rambler,” a raw and dirty blues-rocker that featured Jagger on harmonica.

Backing the group were a trio of vocalists, among them singer-guitarist Blondie Chaplin and singer Lisa Fischer; and a horn section featuring saxophonists Bobby Keys and Tim Ries. Also featured were bassist Daryl Jones and keyboardist Chuck Leavell.. 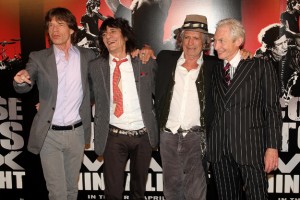 During “Tumblin’ Dice,” Jagger skipped down the long, extended stage that divided the main field nearly in half. Richards sang the vocals on “You’ve Got the Silver” and “Little T&A.”

The group then boarded a tram, which rolled down the extended stage, for “Under My Thumb,” “Oh, No, Not You Again,” “Start Me Up” and “Honky Tonk Woman” (featuring the band’s lascivious, 30-foot-high lips on the main stage). 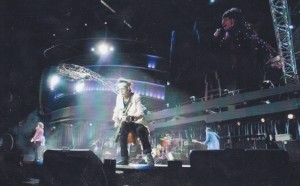 The remainder of the show included “Sympathy for the Devil,” “Paint It Black” and “Brown Sugar.” The Stones took a bow about 10:40, returning for an encore of “You Can’t Always Get What You Want” and “(I Can’t Get No) Satisfaction,” featuring fireworks and huge streamers from the top of the stage.

The Dave Matthews Band, who broke their own attendance record at The Gorge with three shows in September, played a soulful, energetic opening set. Having a head-liner as the opening act surely increased attendance. But for Matthews, a part-time Seattle resident, it was a special honour sharing a stage with the Stones on his home turf. 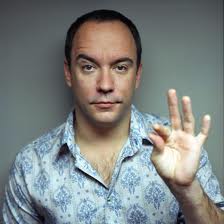 Among the surprises in a set that included a number of DMB staples was the Buffalo Springfield classic “For What It’s Worth” which spurred an audience sing-a-long. Unfortunately, sound quality was very poor for Matthews’ set. 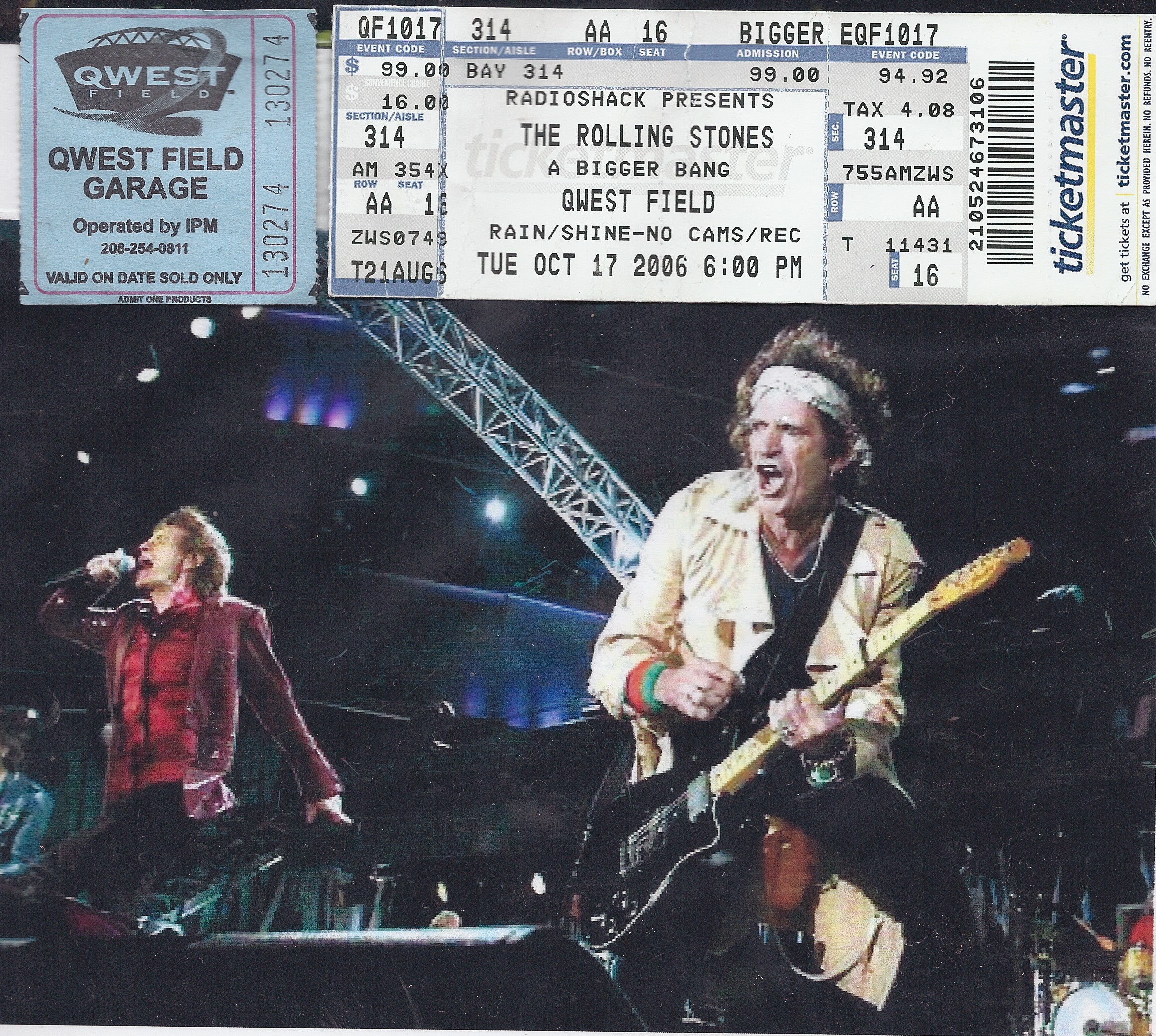