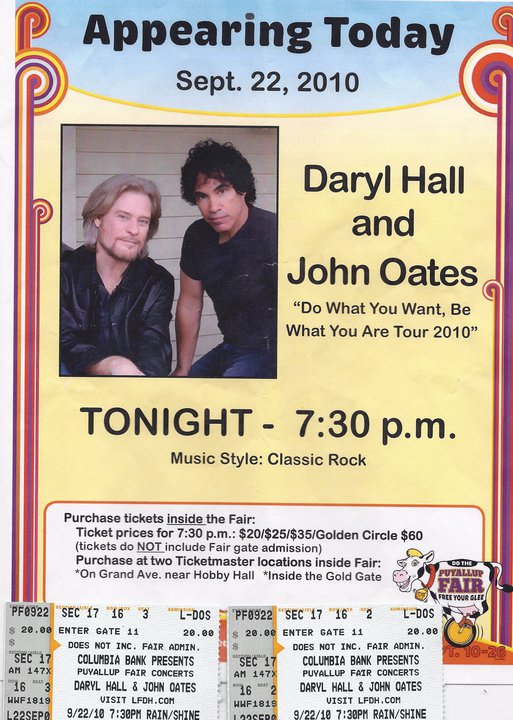 (This is the Tour Poster and actual Tickets For The Show in Puyallup)!
This was pone of those easy trips to Puyallup and the Fair on a decent September day in September. $20 for the show, and maybe another $10 to get in the fair. Not bad at all for a couple of Legends! 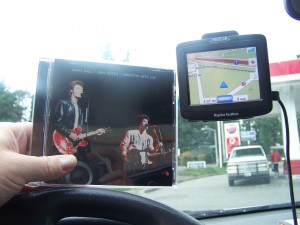 (Waiting for My Date @ Gravely Lake. Live disc to get Me in the mood)

So we parked in the usual free place and walked about 6 blocks. This leaves more money for food, drinks, and souvenirs! Plus a walk  down the long hill is exhilarating and good for You!

(Art exhibit on The Fair Grounds)

So of course being at the Fair You have the obligatory tour, a small feast of sorts, Art Shows, Live Bands, Crafts, even a ride on the Tractor that took Us halfway through the Fairgrounds. But we were actually there for the Music! And it was an early start at 7:30. 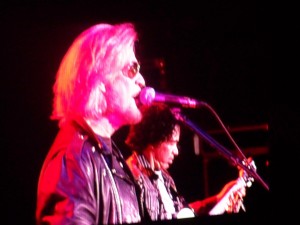 (This is The Boys that Night! Photo By Eric Turnbow)!

So the first time I saw these Guys, I took The Late great Rick Riley who I was playing in a band with.  It was @ The Key Arena in Seattle back on 11-27-1984 for the “Big Bam Boom Tour. We were playing a lot of their stuff in Our Hionky Tonk Band so we were on a real mission to get down with the Boys! Music education as it were!  The tickets were only $18 each! Back then the ticket fee was only $1.50! (I miss those days).  In a way I had come full circle getting to see them again some 26 years later! 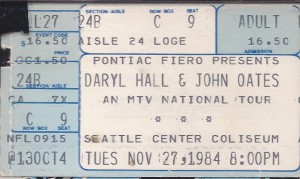 Soi this time they played all the hits! Hall and Oates was great! We danced the entire show, and started a mini- dance party with some pretty out there gay dudes that were cool as hell! and it was all hits except one! Really. We knew all of them. I managed to take pictures and video that night as well. A splendid time was guaranteed for all! we got home by Midnight! 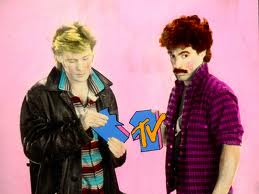 (These Guys were always MTV Staples)! 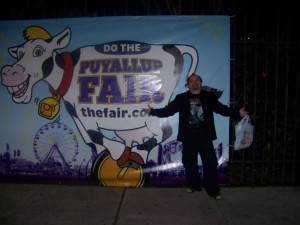 (Here I am after the show @ The Golden Gate)! 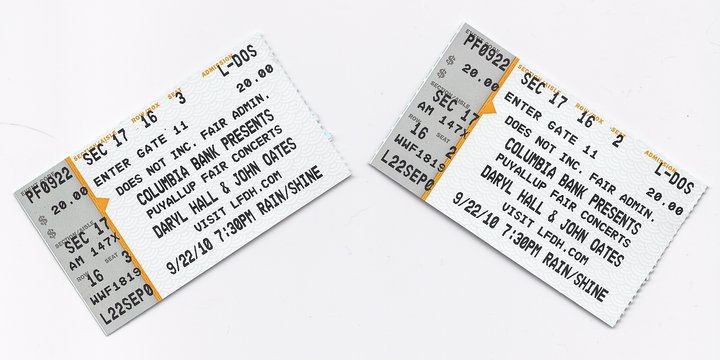