Note: E.T. (Professor Turnbow) will be uploading his journals which he has accumulated though decades of concert going. The following is the first of many instalments to come. 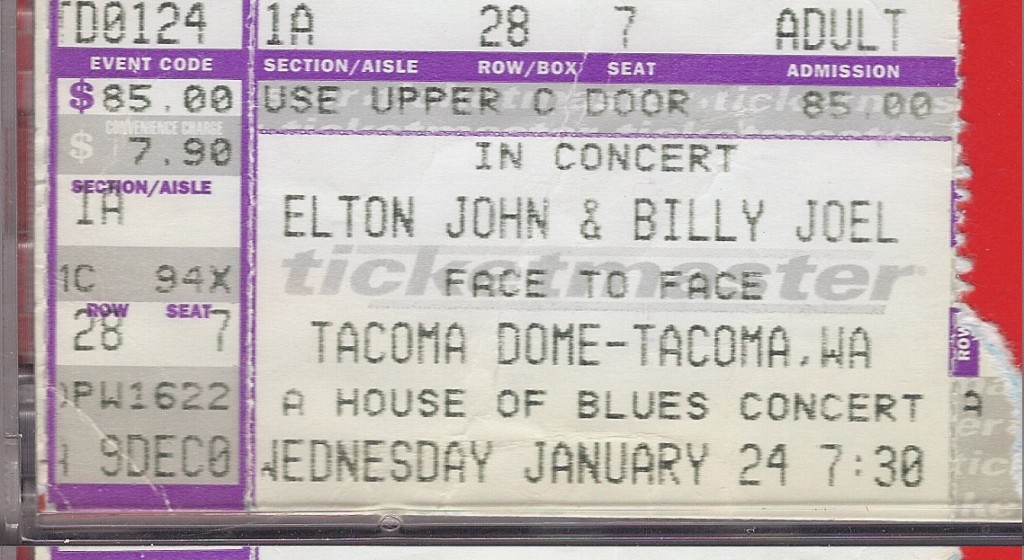 I Went to the Elton John and Billie Joel “Face To Face” tour at the Tacoma dome yesterday! Let’s just say that it was not disappointing! I had a ton of fun, with my good and faithful Karaoke co worker Joel. I was touched by the way they sang each others music and hid their egos behind their amps! They opened up with “Your Song” and “Just the way you are” as a DUO, which totally was cool seeing them perform together without the band. Then, after 2 full sets as a single and their own bands behind them, They blew everyone away, when at the encore of a long 3 plus hour night, They came back together to perform again as a twosome. This time they played 11 songs with BOTH BACK UP BANDS kicking it out. First song was Beethoven “Ode to Joy” of all things, followed by 2 Beatles songs, both written by John Lennon. (Come Together, and A Hard days Night). I did not expect that! Finally the band split again, and the last song of the night was “Piano Man” and they alternated singing the lead every other verse pretty much for the entire encore set! It was GREAT! Basically they jammed for some 4 hours with little break! Not even enough time to drain the lizard or get another “Electric Ice Tea”. My thumb is way up, which is the spirit the concert left me with! I am sure that the Portland show must have sold out big time, but tickets go for $93.00 and way up, no thanks to ticket master.

Be cool,
E.T.
Keep on singing! 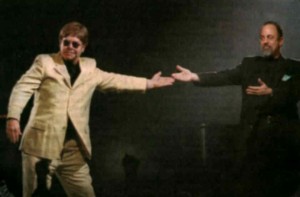