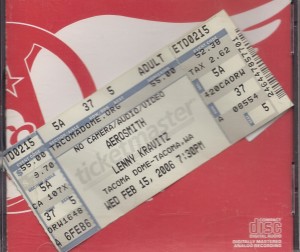 (The Actual Ticket from the actual show in Tacoma!) 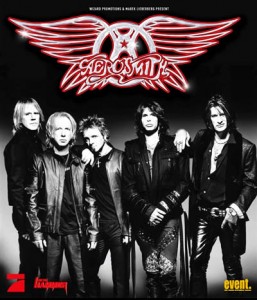 I just got back from the Aerosmith concert at the Tacoma dome, and it was amazing. This was my 5th time  Kind of like a good bottle of wine. I still remember the “Rocks” tour in the Seattle King-dome back in 1976 when Jeff Beck and Rick Derringer were on the bill. The band has come a long way since then.  They called this tour “Rockin’ The Joint 2005/06, and man they sure did! I am tired, shnockered, and nursing a headache, but I am feeling alive at the same time from the awesome music. Man! 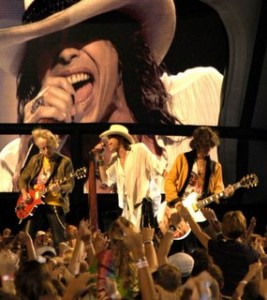 I went with a buddy, Todd Osborne. We left from Olympia early, around 4:45 and missed all the traffic. We found a FREE parking spot about  2 blocks away from the $20 pay spots since we were early. We had to walk about 5 blocks one way, up to  Pacific, to find a cocktail, but my 2 long island ice teas made it worth the trek. We snuck in the back door of the show with my friends handy-cap sticker. No waiting. We did not like our nose bleed seats, and moved just behind the mixer to the best seats in the house without getting asked to leave! I was able to grab my traditional key-chain and collectable band pins beforehand and beat the rush. 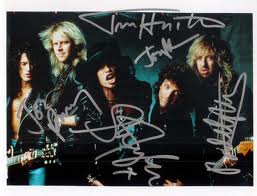 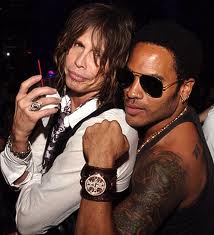 Lenny Kravitz played first. He had his usual sexy female drummer and the band rocked with plenty of hits. Their amps were twice the size of Aerosmith, but did not come close to matching the sound.  Lenny played about 1 hour and fifteen minutes, Some of the highlights were “American Woman”, “Are you going to go my way”, “Fly away”, and “Let love rules”. He was pretty good. Better than I expected actually. His stage props were laid back compared to the head-liner. He did not blow away, or steal any thunder from our boys from Boston, but seemed extremely convincing. 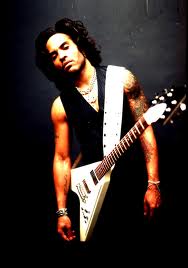 Aerosmith took the stage at 10pm. They rocked solid for about an hour and 45 minutes. Steven Tyler had his trademark scarf’s wrapped around his mike stand, with some gems and glitter on the bottom of the bass. They opened with a Beatles song “Helter Skelter”. There was only 5 days left on this leg of the tour, so they rocked hard and had rehearsed well. The light show was wicked, They played most the songs you expect. “Walk this way” was like second, and “Sweet Emotion”, “Dream On”, “Back in the saddle”, “Toys in the attic”, “Train Kept a rollin”, “Baby Please don’t go”, “no more no more” which they mentioned was recorded in 1975 for the “Toys in the attic” album, which came out 31 years ago when I was in the 8th grade. I find that mind boggling in itself.

There was lot of 80s stuff from “permanent vacation”, “Get a Grip” and “pumped” cd’s. They had the screen behind them, very high tech, and a ramp that went all the way out in the audience. They were electric and all over the place. They wandered out the ramp whenever they felt like and were absolutely mind blowing. There was funny spot in the show where Steven Tyler changed the words on “Janies got a gun” to “Cheney’s GOT A GUN!”. That was humorous and news timely, and of course dedicated to our poor excuse for a  vice president. Late night though.Traffic sucked, and I did not get home until about 1am. It was worth it though, because I was due for a decent rocking. They really came through for me too! I would recommend this live act with two thumbs up. Rock and roll medicine for sure. 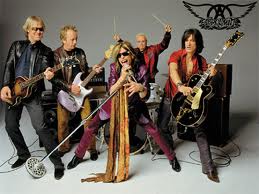 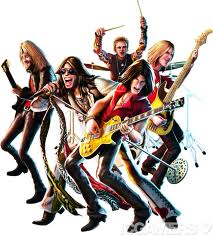