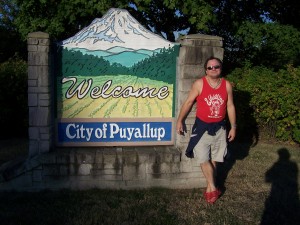 (Here I am posing in The City of Puyallup Washington)!

I met my date  at  Gravely Beach drive where she works in Lakewood. We drove her car back to the VA Hospital where it would be safe and took me car. 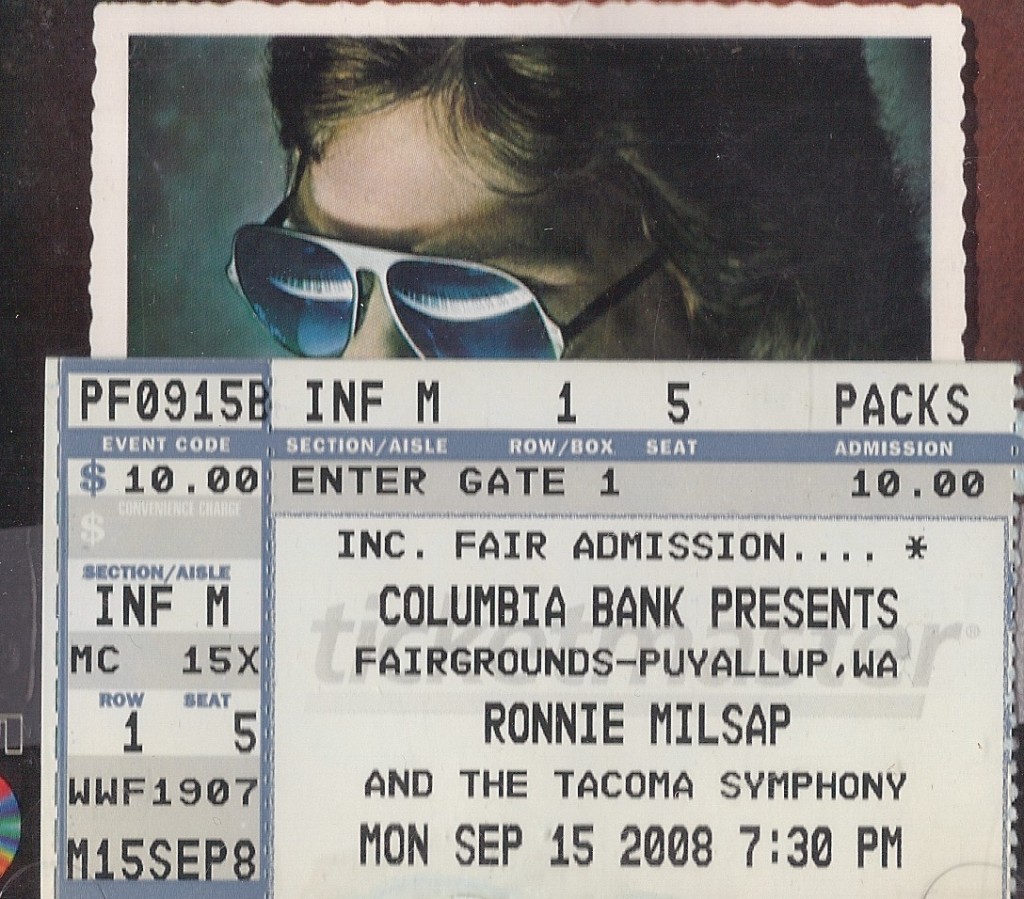 (This is the actual Ticket from the show)

We parked in the same spot I have for decades now! FREE! People were paying, and foolishly I may add, just a block away. We ate a free pear and some black berry’s on our walk down.

We were unable to save the ten bucks with the coupon. It is only good on Tuesday. Drat! So it was ten dollars to enter. 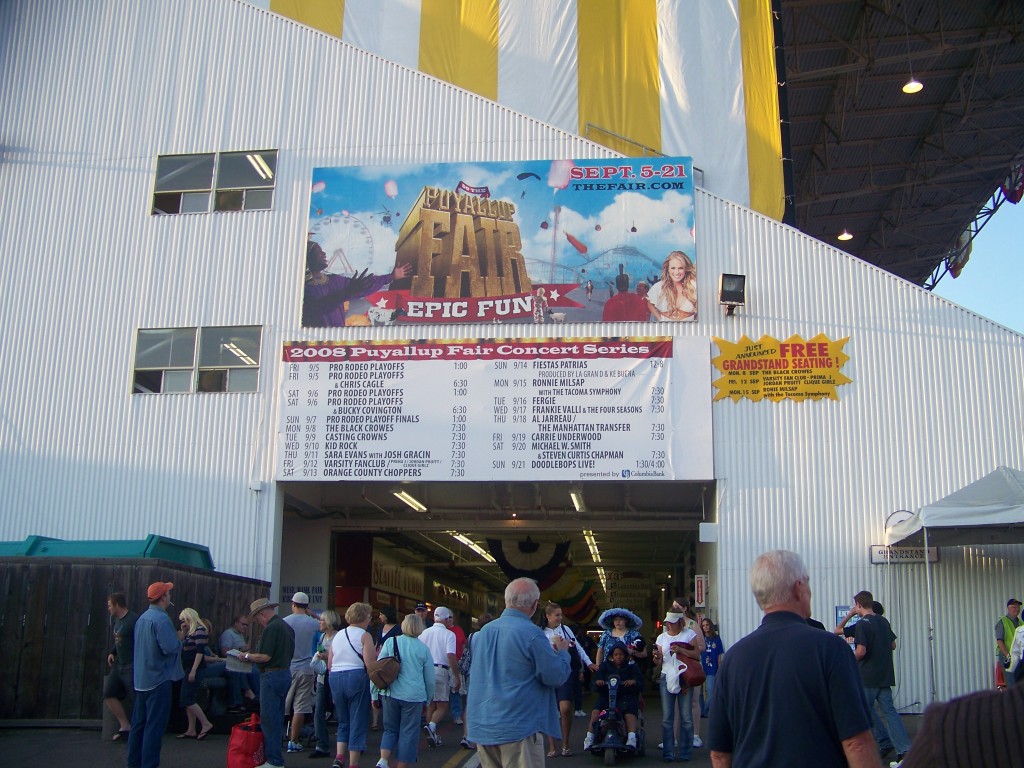 (Epic fun at The Puyallup Fair! Photo by Eric Turnbow)

We ate some chicken tacos, nachos, pop, and wine. I bought a photo button of us, a fair shot glass, fair magnet, 2 fair pins (One fro last year!), a KZOK backpack loaded all kinds of goody’s and coupons, which was way cool, and of course I had to find some cool framed collectibles of The Beatles, McCartney, and Elvis! 4 in all. Not cheap. 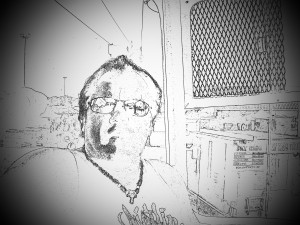 (Abstract art of Eric at The Fair in the “People Mover)

We had to go to the FREE concert of Ronnie Milsap who was backed up by the Tacoma Symphony Orchestra. I wanted to get a ticket for my cd case of his greatest hits so we used a coupon from the back pack and got very close seats (About 15 rows back), for just $10 each! We were able to take pictures of the show and I took a bunch. The Orchestra played, Beethoven, Broadway, and then Raiders of The Lost arc theme. They were very good. Lot’s of people and even a harp! dad would have dug this.

(Making our way to our seats. Picture by Eric Turnbow)

Ronnie Milsap, came out and put on a decent show. Opened with “Almost like a song” and closed with “Smoky Mountain Rain:” just one before America The Beautiful. I have to say that The Tacoma Symphony Orchestra was absolutely incredible as a backing band, I was impressed.   I especially enjoyed it when He sang “Almost like a song”. His voice was fantastic, what a crooner. 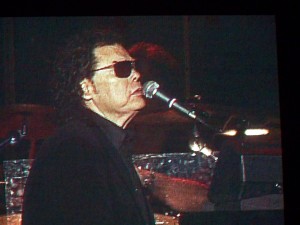 (Churning out another hit at The Puyallup Fair: Photo by EricTurnbow)

He made a lot of blind jokes. We already knew he was a blind dude. He paid a big tribute to Ray Charles, and other keyboard players like Fats Domino, and Jerry Lee Lewis. he also did a 3 song acepala set with no instruments. It was over 2 hours and the sound was very decent. They also had big screens which helps. So it was good show, unalike the Chuck Berry concert Friday which had the worse sound I have ever heard in my life of concert going. really pathetic. 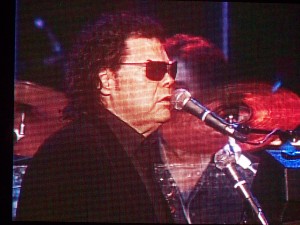 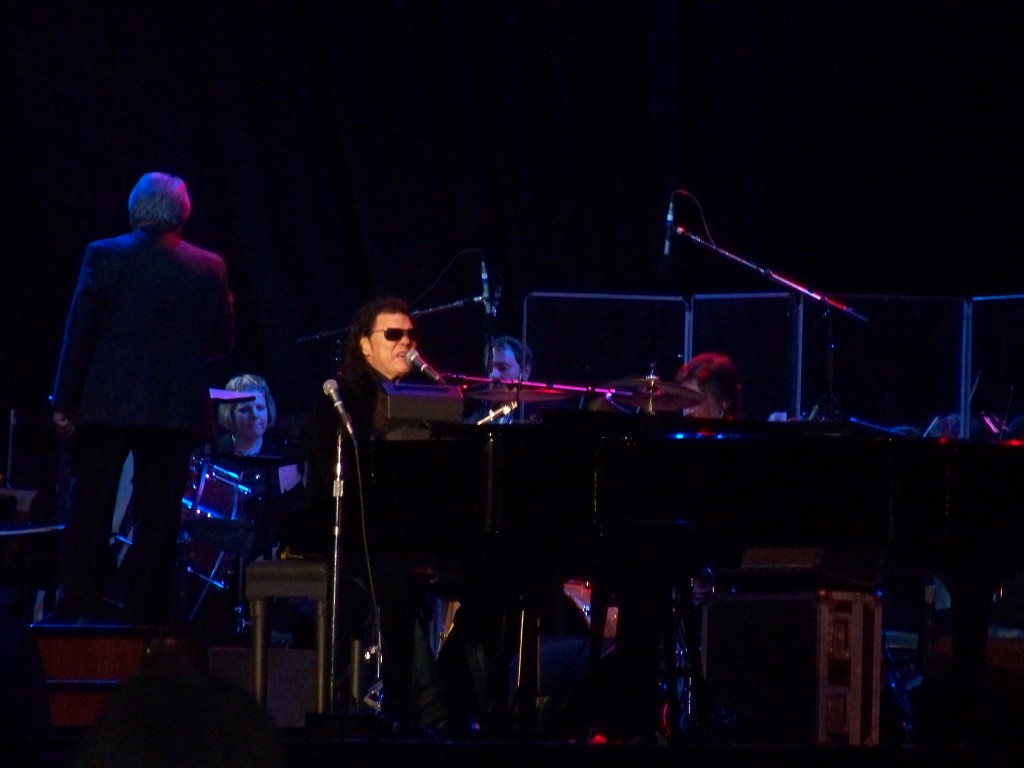 We took the Fair Sky ride across the park and saw the enormous fair from the air. It was way cool. Reminded me of Dysnyland in fact. We were only able to cover about ten percent of it, That huge! Next year we want to go on a Sunday and leave early! Too much to see.

All in all it was successful and very fun Puyallup fair experiance. 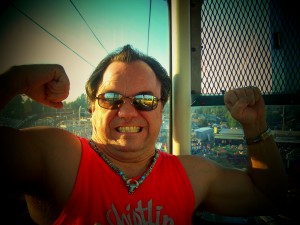 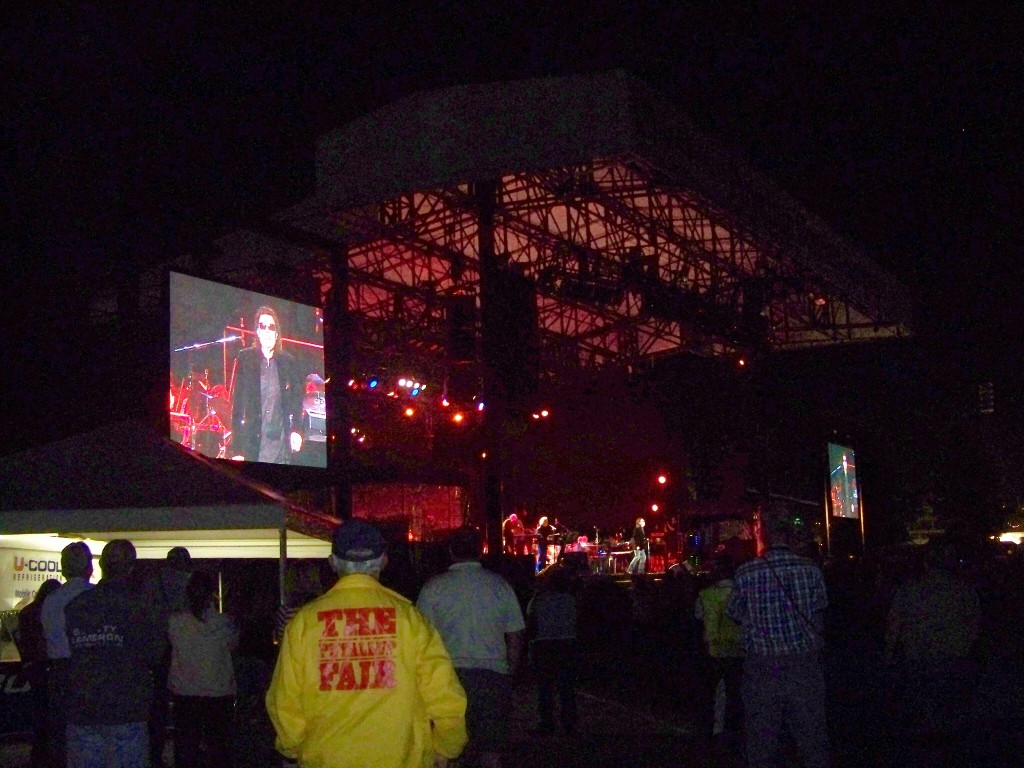 (The Puyallup Fair is a really good venue frankly!  By Eric Turnbow)