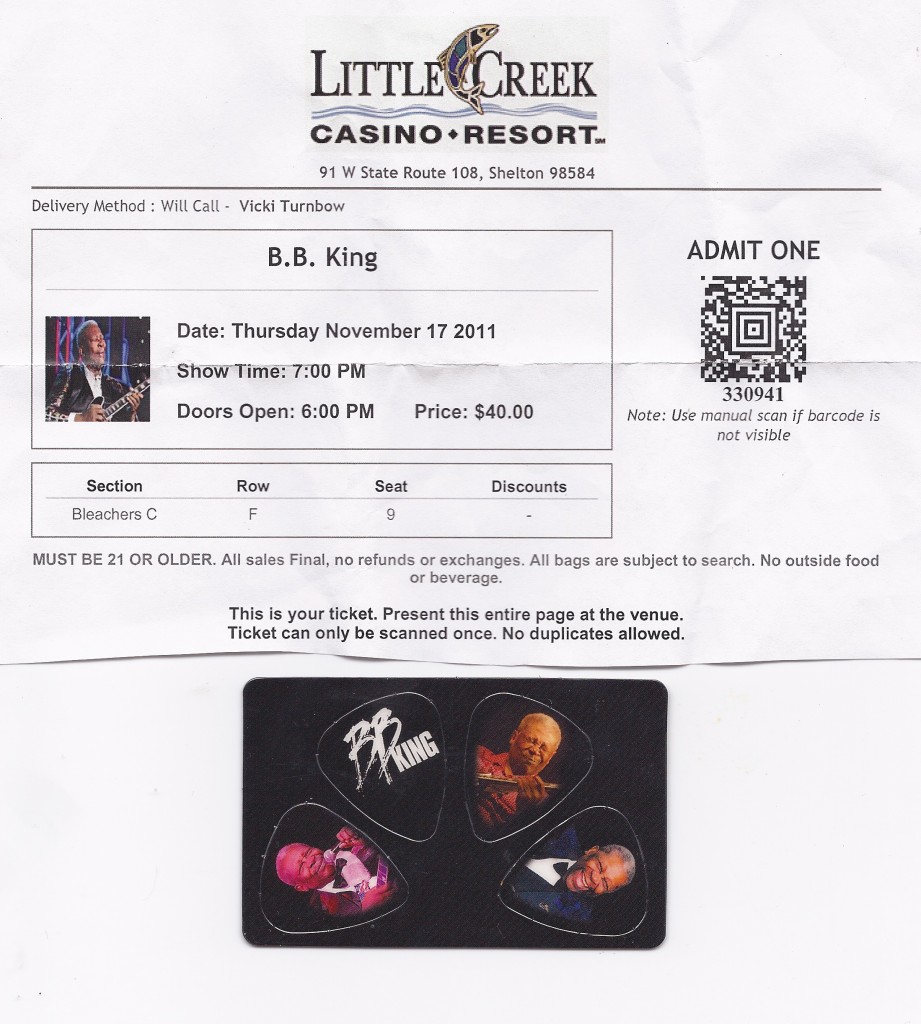 (This is the actual ticket with souvenir guitar picks from Shelton) 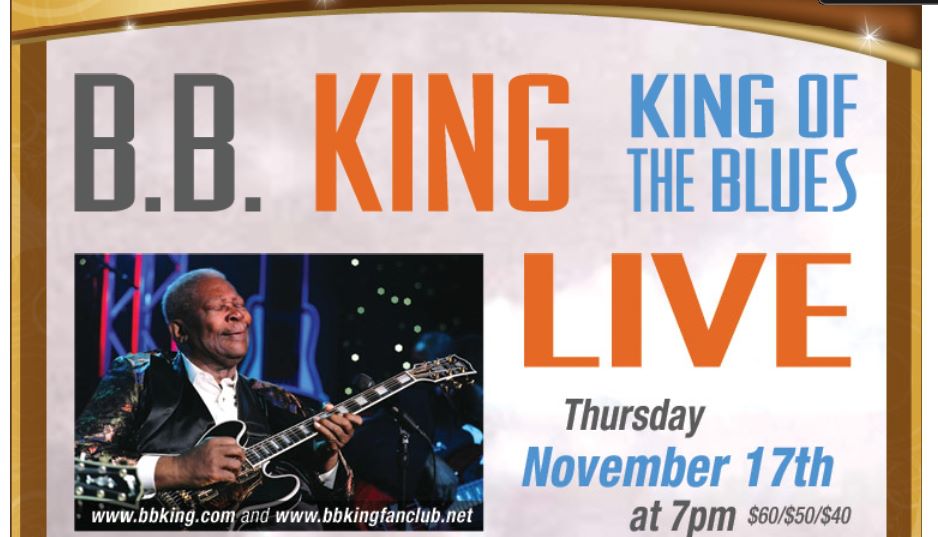 So Vikki and I decided to go out to Shelton to the Little Creek Casino and see the Legendary B.B. King live and in concert. I was scheduled for  work at “The South Bay Pub” that night, but I go My Employee “Guy” to cover for me so that I could jet off and see this concert. 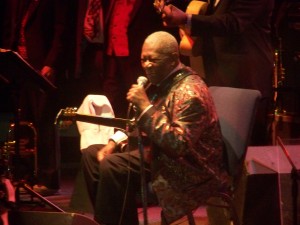 We are always on time and I picked up Vikki wit time to spare and we made it to the concert ahead of schedule. This gave me a chance to grab a “Key chain” and some Guitar picks to take home for my collection! 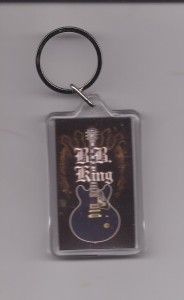 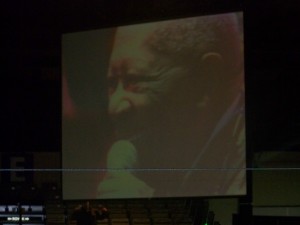 (A shot of B.B. King on the Casino screen Taken By Eric Turnbow)

We had to grab a couple cocktails. I had 2 long island ice teas, as a double fisted drinker it saved me time getting back for another order. The opening band came on and played for about a half hour. Riveting blues that were terrific. As it turned out this was the actual B.B. King band and it included several of His Young Relatives. They were quite good! 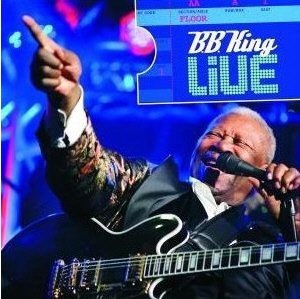 So when B.B. King played the guitar it was just great. You could his guitar “Lucille” cutting through crisp and trebley. But He stopped a lot and talked way too much about about Viagra and Cialis. At one point after he did a Christmas blues song”Merry Christmas Baby”, He tried to do a another song and plum forgot it. So He went back into the Christmas song instead. I wish He would have played more and talked less!

But He did play the songs! Here is a selection or sample of some of tracks He performed in Shelton: Every Day I Have The Blues, Key to the Highway, Rock Me Baby, The Thrill Is Gone, When The Saints Go Marchin’ In. Plus a bunch more. Lots of talking. He forgot the words a few times. But He is 86! I decided to cut Him some slack! 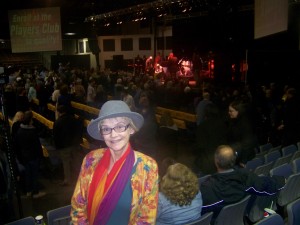 (Here is Vikki posting after the show. You can see Mr. King signing)

The best part of the show was at the end. They turned up all the lights as he continued to play on. We could see great and I even shot a decent video at this point. He announced that he would sign stuff and He just sat there in a chair on stage surrounded by security signing away. For about an hour! He was resilient and electric.  And He did it for the fans! 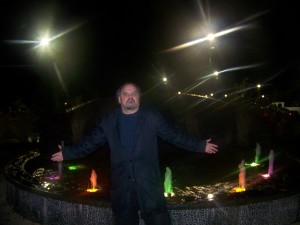 (Eric  posed by the fountain outside the casino after the show)! 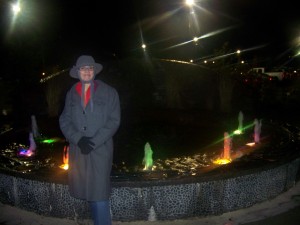 (Vikki posed by the fountain outside the casino after the show)!

Band plays for about 10 mins
BB is introduced
BB walks out goes straight to a chair
BB plays 2 songs
BB starts telling stories as band plays in background
BB plays another song
BB plays “When Love Comes to Town”
BB stops midway and starts to interact with his band
BB tells more stores and starts making Viagra Jokes
BB plays another song
BB tells more stores and starts with Cialis jokes
BB has bass player and other guitarist sit by him and jokes around for 20 good minutes and eventually play a song.
BB plays “You are My Sunshine” for 10 Mins
BB makes more Viagra and Cialis jokes
BB plays “Thrill is Gone”
BB hands guitar to handler and starts throwing out guitar pics and crap from his pockets to the audience.
BB is helped out of his chair and is escorted off the stage.

Here is a disappointed fans view of show earlier this year:
No joke, here is BB’s show:

In 80 minutes you get maybe 9 songs and a lot of talking. I know he’s 84 or 85 yrs old, but, it’s getting really sad. If you see him off stage he is surrounded by his handlers who act like they are from the Nation of Islam. Very militant and aggressive these days. 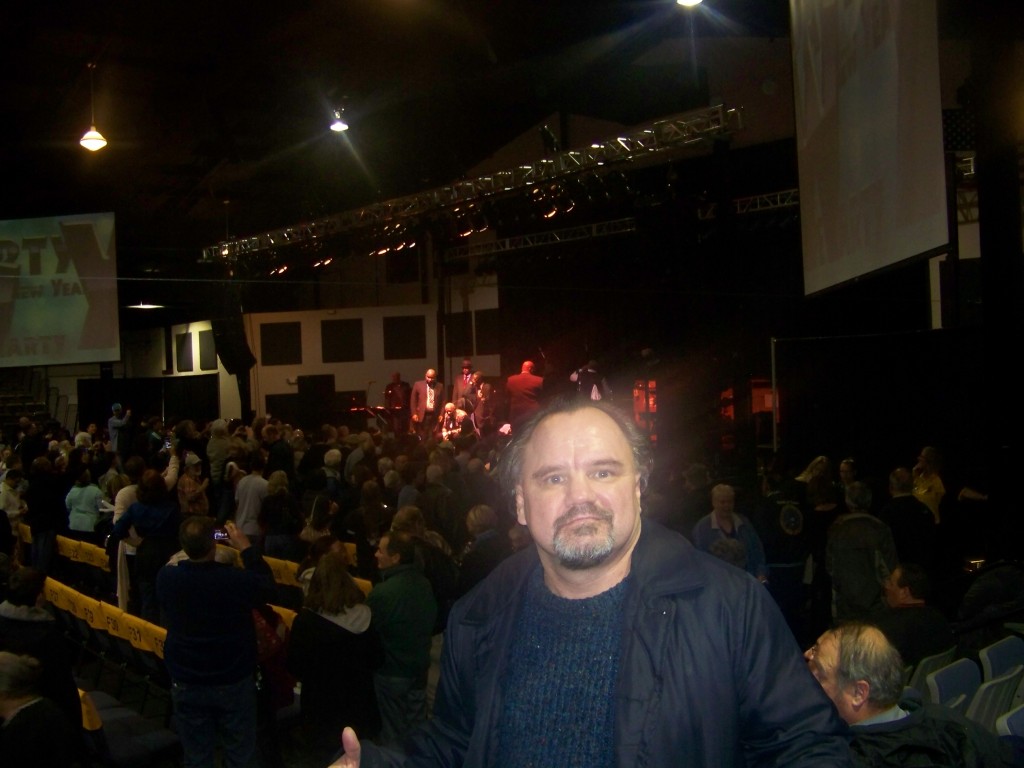 (B.B. stayed and signed stuff for about an hour as you can see here!)

Looks like he is heading to Portland on Sunday. After a  3 day rest! He was in Wenatchee Wednesday night if you can believe that! One night prior! Not bad for a Dude of His age! I would be tempted to stay home and watch cable in bed if I had His type of Money!
http://www.songkick.com/artists/14318-bb-king
And here is the Bio and other cool info for you!
http://en.wikipedia.org/wiki/B.B._King 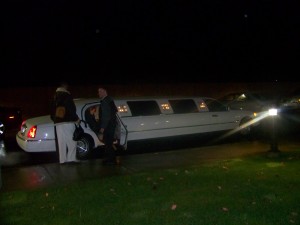 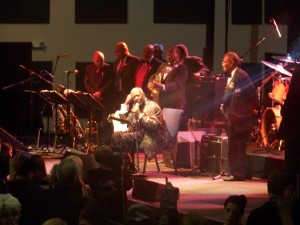 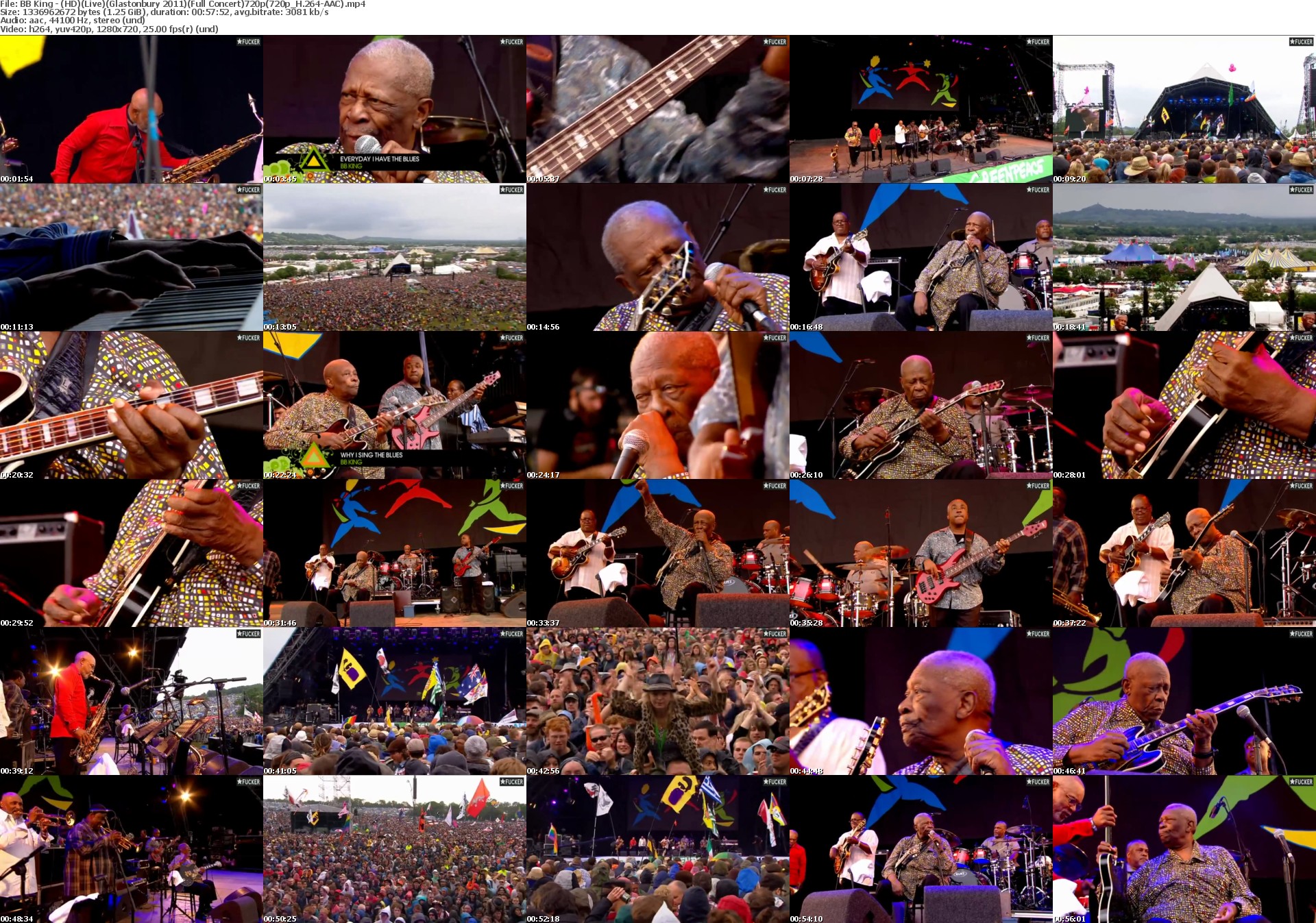