Remembering Romain Helke… My Best friend is dead at 50…..

Romain E. Helke was my best friend for some 3 decades. He was a
talented and brilliant man, and the world is not quite the same without him in it! May he rest in peace! Do I miss Him? Yes I do!

Romain basically drank and smoked himself to death.  A very tragic way to go. The last time I saw him was June of 2008 when we went to see the Paul Rogers concert at the casino. I had just started dating Mimi and showed him a pile of pictures from our ocean shores vacation. I was anxious to have him meet her. I continued to call and email but there was no response at all for a good year and half, I went to see a mutual friend, Jeff Glander, and told of this dilemma. He informed me that He had some heart surgery and had a pacemaker or something similar installed. He said he wanted to get with me but was not really seeing anybody. Jeff told me to send him an mail which I did  more than once. I continued to reach out, but to no avail. I never did get any response back from him. I was quite bummed.
Just this last Saturday I got a call from Jeff. The bad news was that on Monday, October 16th, Ro passed out on his kitchen floor by a heart attack. He never made it to work and he has good work ethic. His boss was suspicious and went to his home in Auburn and found him lying face down in the kitchen.

I will attending the Memorial Service at Forest Lawn in Lacey this Wednesday at 10pm.. I am very bummed about this. I would have liked to have said good bye at least! It is weird, because the day before I heard the news we were watching video of Romain and myself playing music and being silly. It was sort of a psychic connection. This happens to me when people a admire and value die.. Somehow I am able to pick up on their energy.
We were literally best friends for 29 years. I met him at The Living Water church back  in 1980. We became room mates and then maintained a great friendship for almost 3 decades.  We had a ton of things in common. We never seemed to miss a Seahawks game. We went to California 1991 in my van and saw Disneyland, Universal Studios, and The San Diego Zoo. We even went into Tijuana and partied our butts off. I videotaped about 4 hours of that trip, and I still have the tapes! Fun trip.Ro bought a boat with his friend Jeff. For about ten years we took many fun trips to Lake Chelan, where we camped on the docks and watched dvd concerts until midnight. WE also went to Lake Washington many times, Summit lake, Black Lake, and Puget Sound numerous times. I have many pictures an fond memories of these times with him.
We went to see Paul McCartney at the Key Arena in October of 2005. This was an incredible show, and there is no one I would have rather attended this event with in the entire  world. We both LOVE McCartney, and  had a blast!  We also saw Travis Tritt at the Puyallup Fair, Tammy Wynette, Merle Haggard,  and Paul Rogers at various times at various at the Casinos in Rochester, and Tacoma. 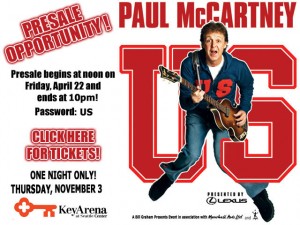 When he moved to Tacoma, we never missed a Seahawks game. We alternated every Sunday, and even caught several games live at the Kingdome, and Husky stadium when they played there for a season. When he moved to Auburn for work purposes, our visits became less frequent because of nasty traffic and long distances, but we maintained communication over the phone and by emails and stuff.Romain was King of the coupon! We loved to save money on 2 for 1 meals, and did so often. It was also a game to see how much cash rewards we cold make off our credit cards. Never  more than a couple hundred dollars, but we had fun doing it!
We both loved music. Especially the Beatles. We would bring our guitars up to Seattle and play at the water parks for anyone passing by. We both enjoyed live concerts on of our favourite bands, and often copied each others acquisitions onto video tape or dvd. Ro had a great voice and was a good songwriter as well.So I lost my best friend, and it hurts! I still have the memories, many videos, and pictures. I wish we had a proper goodbye.. I can see why he never returned my calls this last year and half. He was private man, and a very sick one. I wish I could have been there to call 911 and somehow prevent this tragedy. I miss him very much. “Let it be” by The the Beatles was always his favourite song. WE even did a 4 track recording of it and made a cool lip sync MTV style video of it. When that song comes on the airwaves I always think of him. His memory will live on, but somehow I feel like I have lost very big part of myself along the way. It is hard to let Him go, but without choice in the matter I will have to move along and “Let it Be”…   I look forward to seeing him in the sky someday!
Your Best Friend and Confidant!
Eric Turnbow October 19,  2009
(This is the paltry listing they put in the Olympian Paper.)
Helke, Romain E., 50, Auburn, died Monday, Oct. 12, 2009, at home. Woodlawn Funeral Home, Lacey, 360-491-3000. 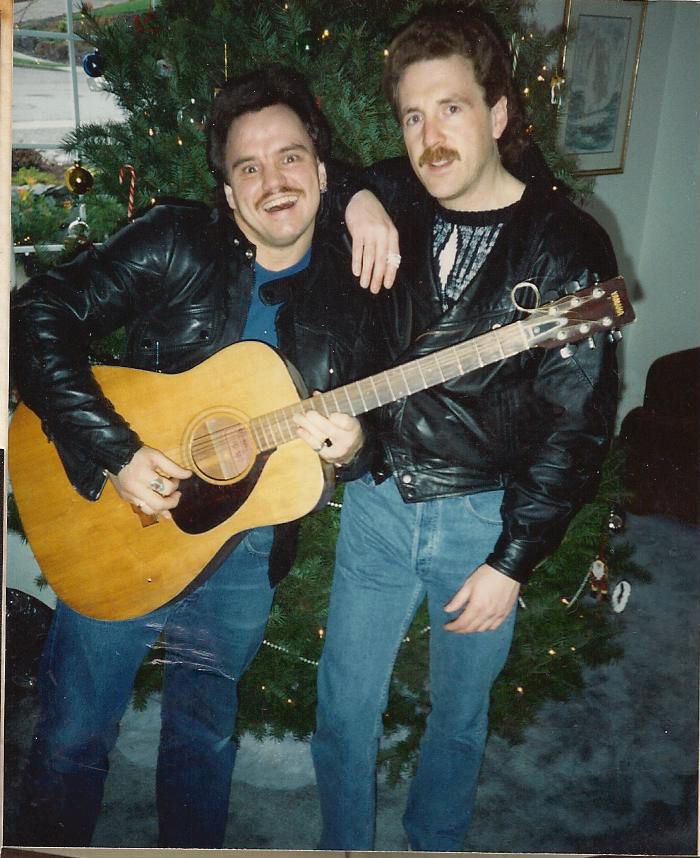